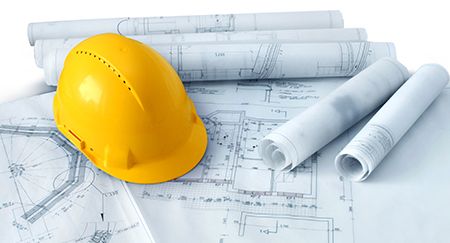 Do you want to remove a wall, open up your basement, have home inspector concerns, or any number of structural needs? When you contact a structural engineer, make sure you speak the language. Granted, you may not know the difference between a foundation or a roof, so this little primer may help. Thank you for contacting a structural engineer first as opposed to a contractor. While contractors have fairly good ideas and know the pricing for jobs, they do not always recommend the most cost-effective way to solve a problem. Remember, they want to sell a job. The only benefit to the structural engineer is what they get paid for the service. The structural engineer’s job is to determine what you need and provide a solution, which can then be implemented by the contractor.

In order to know what to ask for, here are some tips about the language of home construction. The important terms will be color coded for easy referral later. Framing refers to the materials, usually wood members, that make up the roof, the walls and the floors of your home. The loads referred to are the maximum design loads imposed. Those include either snow loads, live loads, wind loads, soil pressure loads or for those folks living in such zones, earthquake loads. The International Code Council (ICC) has provided those loads for structural engineering design in the design standards of the International Building Code (IBC) or for home construction, the International Residential Code (IRC). If a structural member is said to be bearing a load, that means it’s supporting the weight from one of the loads noted above. In the engineering world, all allowable loads are based on the ultimate capacity divided by a factor of safety (FoS). That FoS is usually 3 or 4, meaning that the structural member will support 3-4 times the allowable load before failure.

Roof framing members start at the sheathing, which are the sheets of lumber or individual boards, installed horizontally with the roof slope and that hold the roofing material. The sheathing is supported by the rafters or trusses, which are regularly spaced at 16” on center or 24” on center. (On center refers to the distance from one member to the next, measured at their respective center lines.) Those members run perpendicular to the ridge, or the highest point of the roof, and are typically sloped to make up the roof pitch, measured in inches per foot (again in inches). A typical slope is 4:12, or 4” of vertical rise for 12” of horizontal run. The roof members are supported by individual large members called beams, horizontal members either at the ridge (ridge beam) or partway down the slope (purlins). Some roof framing is made up of self-supporting rafter systems or pre-engineered trusses. These systems are only supported by the exterior walls of your home. The exciting news is that for homes with those types of roof framing, interior walls do not provide any support for the roof and those walls can typically be removed without compromising the roof’s structural integrity. The ridge beams or purlins are supported by columns or posts (those terms are used interchangeably) in the wall framing, that transfer the loads to the ground via the footings (see below for more on footings). Removing a wall in a home that relies on interior walls for roof framing support will require additional beams, columns and possibly footings to be added.

Wall framing bearing wall members start at the sheathing again (same as the roof only installed vertically) that holds the siding. The sheathing, and roof framing, are supported by the studs, which again are regularly spaced at 16” on center or 24” on center. Those studs are typically 2x4 in older homes or 2x6 in newer homes. Those numbers refer to the nominal sizes common in the lumber industry. A 2” side stud is only 1-1/2” wide, to allow for planing the rough-cut wood from 2” down, making the wood smooth. 4” studs are 3-1/2” deep and 6” studs are 5-1/2” deep. From there, the standards change. 8” are 7-1/4”, 10” are 9-1/4” and so on. Columns are embedded in the walls, with multiple 2x(4 or 6) members nailed together, or one full size member installed in the wall. Some large loads may require up to (8) 2x members, or a steel post. Again, the steel is sized to fit within the wall, so no protrusions are required into the living space. The wall framing has two 2x plates at the top, or double top plates, and one at the bottom. The double top plate serves as a small beam to support the roof members that may not be directly over the studs. The double top plate needs to remain in place when opening up parts of the exterior, or interior bearing walls. In that case, new beams called headers are installed to support the loads formerly supported by the wall studs. Headers need to be supported by special columns made up of King studs and trimmer studs. King studs run at either side of the opening from bottom to top plates and keep the opening stable in wind loading. Trimmer studs are installed under the header at each end to support its loads. Even if an opening is being installed well above the floor or below the ceiling, the finish materials all around the opening from floor to ceiling will need to be removed to install these framing members.

Floor framing members start at the sheathing again (same as the walls only installed horizontally), that holds the floor finish materials. The sheathing is supported by the floor joists, which again are regularly spaced at 16” on center or 24” on center. All loads are combined in the live loads on the floor, including people, furniture, bathtubs full of water, waterbeds (remember those) refrigerators and stoves, all totaling to 40 pounds per square foot (psf). Interior wall weights are included in the design dead loads, or weight of the materials in the home. The floor framing is supported by either stem walls or beams. Stem walls are concrete or wood framed walls, typically in a crawlspace foundation system. As the name implies, a crawlspace has enough height between the ground and floor to crawl in. A basement is of course a full height room below the floor framing, and usually underground, that includes living space. More on foundation systems below. Some homes have wood bearing walls supporting the floor joists. Those walls are supported on footings. The beams used to support floor framing are bearing on columns, with the beams and columns being mostly steel because of the longer spans, or length between supports. Those columns are bearing on footings. Bearing wall removal requires that new beams, and possibly new footings, be installed to support the loads from above.

As you can see, all loads end up at the ground, and are compounded by how far down from the roof they originate, with the loads being added. In order to transfer those loads to the ground or earth (those terms are used interchangeably), footings are required. Most of the homes built in current times are supported on concrete footings under concrete foundation walls. Concrete is a hard stone-like material made from cement powder, gravel and water. Your footings are not cement, as concrete is the correct term. Footing sizes are determined by the loads on top and the bearing capacity of the soil below. This refers to how much allowable load it can hold, based on the ultimate load with a large FoS applied before collapsing. The normal method to add a large point load to a basement floor is to cut the concrete floor with the size of the footing pad (24” to 36” square) and pour a concrete footing in that space. We have developed ways to avoid that by placing a short beam on the bottom plate of the bearing wall. This allows the loads to be spread out over the slab, and down to the ground, so as not to overload the bearing soils. This may require some minor drywall repair but eliminates the larger task of cutting the basement floor slab.

There have been a number of, perhaps, new terms introduced. Here is a summary with their meanings:

We hope you’ve enjoyed this summary of your home’s structural systems. Ask your structural engineer to explain what they are looking for, what problems they find, and what the solution will entail. Structural engineering does not contain dark secrets. All of the principles are sound manifestations of the natural world. As a consumer, you have the right to fully understand the process and what to expect. If you are not given that, exercise your right to refuse the service.

Mark Benjamin PE is the owner and principal engineer for PHI-D&E Inc., dba Crown Jade Design and Engineering, based on Ft. Collins Colorado. Mr. Benjamin is licensed in multiple states and has performed structural inspections for over 7000 buildings over the last 19 years. Prior to becoming an engineer, Mr. Benjamin experienced a full lifetime of hands on construction. This article is offered based on these credentials, along with his training and experience as a professional engineer.

Our Services Get Started