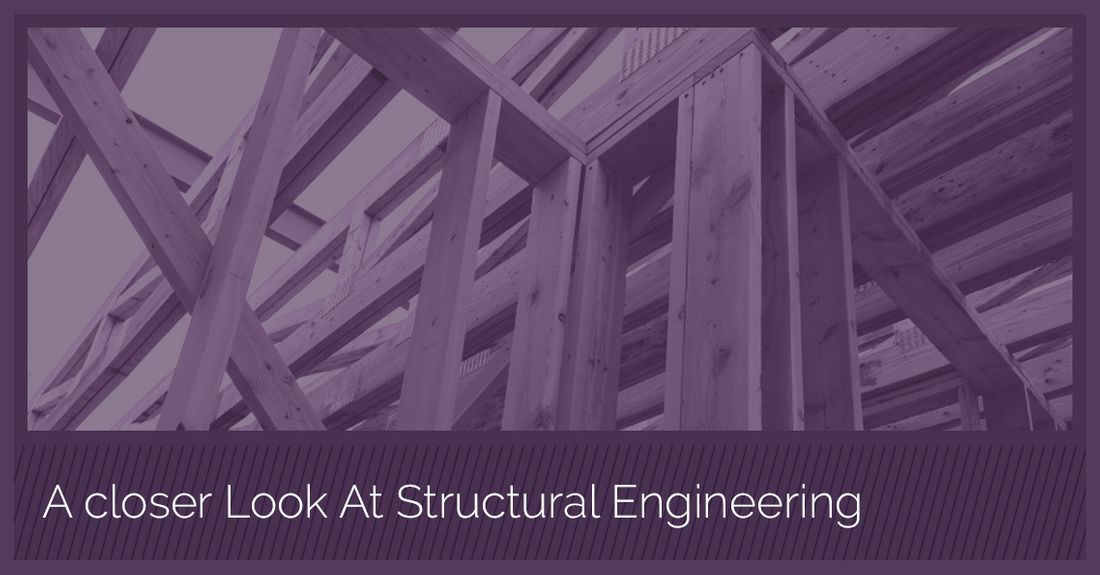 A Closer Look At Structural Engineering

What, you may ask, is structural engineering exactly? Well, if you break it down it seems pretty simple: it’s the engineering of structures. Obviously, the full answer is a little more complicated than that (or people wouldn’t study for years upon years to become structural engineers!), and we like to be really clear about what our business is all about. So, we’re taking a closer look at structural engineering as a whole, as well as the services we offer here at Crown Jade Design & Engineering, where we do a whole lot more than your average engineering firm.

According to sources familiar with the subject, Structural Engineering is a subspecialty within Civil Engineering. Structural engineers create drawings and specifications, perform calculations, review the work of other engineers, write reports and evaluations, and observe construction sites. Structural engineers work on larger structures such as homes, modern business offices and other commercial buildings, skyscrapers, and the like.

Structural engineers create structures based on the relationship of physical forces to force-resisting elements. The easiest way to think of this is in terms of the physical force gravity. Gravity is always, at all times, trying to pull things closer to the Earth’s surface, at a rate of 9.8m/s2 all over the planet. A structural engineer’s job is to create structures that will withstand this force (and many others, as well) so as to ensure the structure stays upright.

Analysis and design are the processes by which structural engineers estimate these forces (analysis) and create structures that will provide enough resistance to them to maintain their shape and form for decades, even centuries. Most practicing structural engineers design and analyze buildings, bridges, power plants, electrical towers, dams, and other large structures, and require considerably greater analysis and design than simply accounting for gravity (though it’s important to do that, too). Wind, weather, freezing or scorching temperatures and, of course, whatever the structure is being used for are all additional factors that must be accounted for in their planning.

Interestingly, the history of structural engineering dates back to at least 2700 BC, when the architect Imhotep built the step pyramid for Pharaoh Djoser. Imhotep was the first architect to be known by name as an architect. Pyramids were the most common major structures of this time because the form is inherently stable, and can be scaled almost infinitely (other structures generally are not scalable.)

Another notable engineering feat from antiquity that is still used today is the Qanat water management system, which was developed in the time of the Medes, who preceded the Persian Empire. Modern-day Iran, the site of the Persian Empire, still boasts the longest (>71 km) and oldest (>3000 years) Qanat in history.

WHAT SETS US APART FROM THE REST

We are also experts in alternative housing methods, or green building methods as they’ve come to be known. Green building involves using geology, weather patterns, and sustainable materials to develop structural designs. The guiding force behind these plans involves increasing the efficiency of using all the resources involved to reduce building impacts on the health of both humans and the environment around us during the life-cycle of the building.

Different kinds of building materials are often utilized for green building. Materials we’re familiar with include:

From a structural engineering standpoint, green building is exciting. It uses a lot of new and innovative thinking, like incorporating the placement of structures on a property based on where the sun will be hitting them at certain hours of the day to maximize the use of things like solar panels and passive solar heating. It involves a lot of outside-of-the-box approaches and the industry is booming — more and more innovations are being introduced all the time. At Crown Jade Engineering, we’re proud to be at the forefront of this exciting and eco-friendly building trend.

We offer, of course, all of the services offered by any traditional structural engineering firm — and a few extras, too. Check out our service offerings here:

Crown Jade has a proud history of producing and developing existing architectural plans for our clients for more than 16 years. We produce high-quality renderings that satisfy both our clients and building departments as well. Our full sets of architectural plans includes a floor plan for every level, a roof plan, side elevations and multiple 3D isometric views to give you a complete vision of the final structure. Our principal engineer and owner, Mark Benjamin, brings to these projects a 14+ year-old professional engineer license, as well as 20 years of engineering experience and 30 years of hands-on construction experience prior to his starting Crown Jade Design & Engineering.

Again, one would expect that a structural engineering firm produces structural engineering plans and again, we take it a little further at Crown Jade. While we are more than happy to render our own structural plans for you, and we are also happy to consider any existing plans you may have, assess and analyze them for utility and make any adjustments or recommendations. Our engineers set themselves apart from the rest by being trained in the “Art of Engineering,” which means they design structural components that meet all current code requirements with the most cost effective materials for the job. We produce highly effective framing plans that satisfy all building department standards and deliver a reliable, affordable, and buildable home.

Plans for Foundations of Modular Homes

If you have recently purchased or are considering buying a modular (factory-built) home, we can work with you to come up with a foundation plan specifically tailored to the lot you’re building on and the structure you’ll be setting upon it. We have years of experience designing foundations that take into consideration Colorado’s somewhat fickle, clay-heavy soil, which swells easily and requires specially-engineered foundations. Our plans are designed to save you time and money and to give you a great place to put your new home.

Analysis and Stamping of Existing Plans

If you have an existing set of structural plans, Crown Jade can analyze them, provide notes and make recommendations, taking into consideration known building codes and regulations. Once your drafter has incorporated these plans, we are happy to stamp them as though we designed them all by ourselves to ensure your procurement of a building permit. We’ll also assist with any issues that come up during construction.

We can provide the architectural and structural plans for your light commercial project. Our architect on retainer can review the complex code requirements and provide a code analysis statement that we place on the plans. We can work with you to develop the floor plans and elevations that suit your needs, and we’ll coordinate with your contractor and design with building materials that are right for the job and are right for you.

Considering a remodel of your home? Are you wanting to remove some walls or install a concrete tile roof, solar or thermal systems? To make sure your home is structurally sound for these kinds of plans, you’ll want to have it checked out by an awesome structural engineer. Crown Jade is happy to do that for you, and our lengthy period of construction experience and expertise in Colorado makes us the perfect people for the job. We can come inspect your building and provide written as well as verbal recommendations on how to proceed with your renovation project. We’ll give you a stamped letter to deliver to your local building department so that you can get your permit for your proposed project.

Are you intrigued by this “green building” trend? Or maybe you just want to be doing everything you can to do your part to help the environment, and that means living in an eco-friendly home. If so, Crown Jade is the firm for you.

We’ve sunk a lot of our time and energy into developing green building practices that are innovative, resourceful, eco-friendly, and green. We are adept in utilizing alternative building materials such as rammed earth, straw bale, toxicant free, tire bales, and much more as great construction materials for your home or light commercial structure. While we’re happy to design using anything you want to build with, we’ve made sustainably materials a specialty of ours and we love sharing this exciting new technology with our clients.

Did we mention the money you can save by going green? Sourcing materials locally saves huge costs in shipping and handling freight. Adding solar panels to your roof, especially in as sunny a place as Colorado (shhh! don’t tell!), can cut your power bills considerably all year round, and especially in the summer. Planning your project to maximize the sunniest and windiest parts of the property gives you space to grow a garden if you’d like (raising your own fruits and veggies isn’t just environmentally-friendly, it’s delicious) as well as capitalize again on that sunshine for passive insulation and heat.

When it comes right down to it, Crown Jade Design and Engineering offers you a lot more than a traditional structural engineering firm would. We like to think of ourselves as one part structural engineer, one part architect, one part artist, with an overarching theme of sustainability and green building tying everything together. When you hire Crown Jade Design & Engineering for your project, you get a structure engineered for the way you build, and designed for the way you live.

Our Services Get Started